Gai Bryant & Spare Parts Are Back 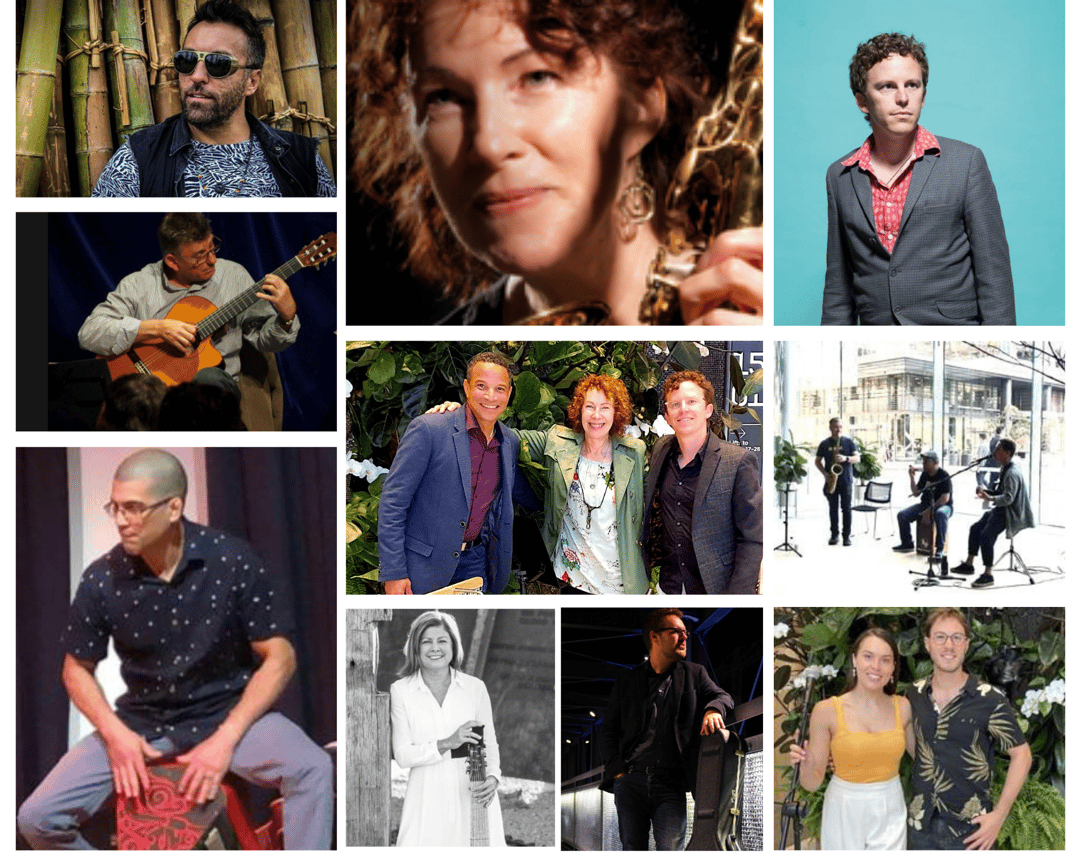 The live, intimate, stripped-down music of Gai Bryant and Spare Parts Productions is back in our lobbies, Tuesdays and Thursdays from 2 to 25 November.

Watch out for another round of relaxing, innovative musical performances brought to us by Gai Bryant and Spare Parts Productions – playing live in the lobbies.

We hope you enjoy the festive vibe they have in store for you.

When: November 2-25, 2021
Every Tuesday and Thursday morning and lunchtime.

Daniel Pliner
Daniel Pliner is one of Sydney's most sought-after players of piano and keyboard. He shares his talents with many including Barefoot Divas, the Sticks, Dereb the Ambassador, Monsieur Camembert and Cuban-influenced Caribé. Fortunately for us his expertise in playing world, Latin and electronic music comes to the fore when playing his own music. Sit back, relax and enjoy!

Declan Kelly
Declan Kelly was born in Sydney. He was the drummer for some great artists, where he learnt the craft of good songwriting, recording authentically and the mastery of studio production, as well as the delivery and fronting of a rockin' live show.

Jenny Eriksson Duo
Jenny Eriksson's projects fuse disparate musical elements together in new ways – including the sound of the rarely heard electric viola da gamba. The great thing about her collaborations is that all players bring their disparate skills and talents to enable wonderful things to happen. This time, she will be playing with the classical guitarist Peter Doubilnszki. 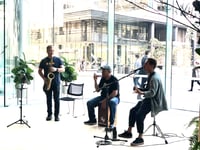 Jim Pennell
Jim Pennell has a background in classical guitar, then traditional jazz, swingin’ jazz, Brazilian and South American guitar styles, gypsy jazz and big band He has worked with many of Australia’s jazz greats over 35 years including Bob Barnard, James Morrison, Don Burrows and singers Tom Burlinson, Mari Wilson, Janet Seidel, Rhonda Birchmore and Anthony Warlow. Jim also appeared as featured soloist in the 2014 production of “Strictly Ballroom” and with the Sydney Symphony Orchestra in 2011.

Tunes and Tonic
Sarah and Luciano take the biggest hits from the last four decades and give them a smooth jazzy twist. Combined, they have experience performing all over the world for companies such as Universal Studios Japan, Royal Caribbean, and the newly open Crown Sydney. From pop, to classics, to RnB, this duo has something for everyone, and you’ll soon find yourself singing and grooving alone to all your favourite songs.

Giorgio Rojas Trio
Latin Jazz with a twist of Afro-Peruvian experimentalism. Percussionist Giorgio Rojas, one of Australia's finest exponents of Afro-Peruvian Jazz, is joined by bassist Josh Spolc and saxophonist/composer Gai Bryant to push the boundaries of Peruvian traditional music and explore new territory. Look forward to seeing you there! 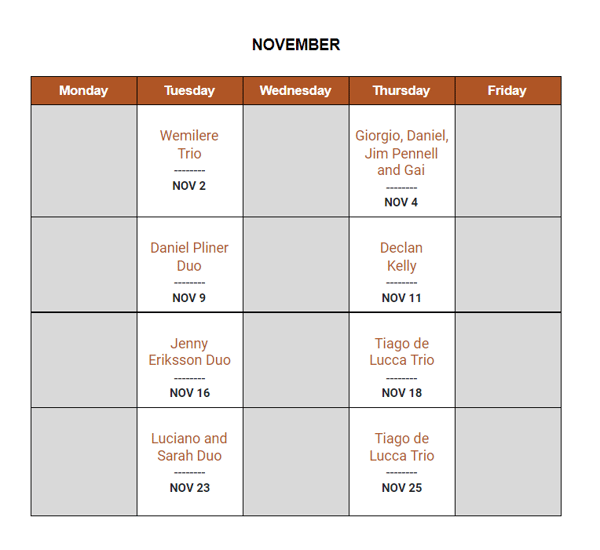