Tim Ross - 'Man about the house' at International Towers 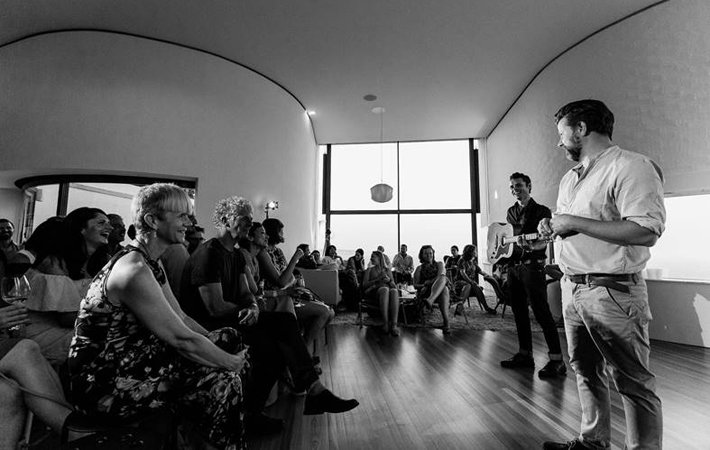 For an evening of music, design and storytelling

It was in early 2015 when Tim Ross found himself at a house party of a famous architect. That 'famous architect' turned out to be Lord Richard Rogers of Roger Stirk Harbour + Partners, the master mind behind the design of International Towers.

It was through this uncanny connection that a partnership was born and we were lucky enough be a part of this by hosting a very special edition of ‘Man About The House’ on the top floor of Two International Towers.

Ross has travelled extensively with Man About The House, which included performing in Venice at the Architecture Biennale and performing at one of the signature events at the London Festival of Architecture.

A second evening had to be scheduled due to an overwhelming response and popular demand for Tim Ross and Kit Warhurst’s Friday show. The evening not only went on to explain Tim's link to our dual Towers, but he also delved into many animated stories of past design event successes (and failures) in his usual humorous way, alongside Kit's musical accompaniment.