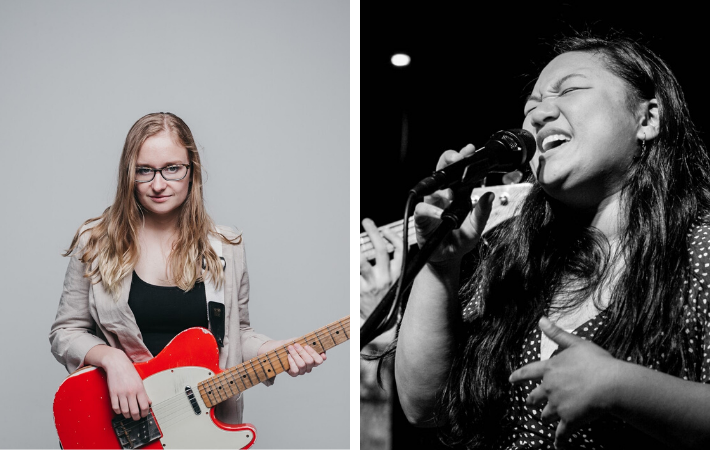 Female artists performing in our lobbies

We are celebrating International Women's Day 2020 in our lobbies with music from female artists Sally Davis and Krisha Umali from the Sydney Conservatorium of music.

They are coming together to form a new collaboration in celebration of International Women's Day. Introducing 'Gal Band'.

Sally Davis is a Canberra-born, Sydney-based musician who has been immersed in the scene for some time now. She has just returned from her first international tour with her band Sal & the Mandas and is working towards their next single release this month. As well as the band, Sally works as a session musician, solo musician and composer, regularly gigging around Sydney. Sally is excited to team up with good friend, Krisha Umali to perform at International Towers for International Women’s Day.

Krisha Umali is a soul singer-songwriter with a voice as smooth as butter. Hailing from the promised land of South West Sydney, Umali’s joyous music has influences ranging from Aretha Franklin to Lianne La Havas and is a music that quickly captivates. Having grown up singing at weekly family karaoke nights and joyful church choirs, you quickly realise why her shows leave you feeling both uplifted and restful. While fronting soul and funk band The Elevator District, playing solo gigs all over Sydney and completing her Honours degree at the Sydney Conservatorium of Music, Krisha's music and voice is not one to sleep on. After the successful release of her song ‘Surprise Birthday’ with The Elevator District, Umali’s 2020 is set to make waves in the Sydney soul scene.