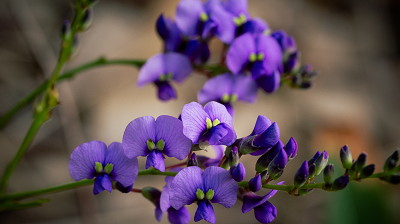 Find out interesting facts about some of the plants that are blooming at Barangaroo Reserve this spring.

After a tough 18 months for so many of us, Vivid Sydney ’22 promises to warm the soul of our city with light artists, music makers and brilliant thinkers… sparking our sense of wonder and inspiring us to come out to play as Sydney transforms before our eyes.

Here’s all you need to know about the dazzling array of Vivid delights on offer around Barangaroo and beyond. 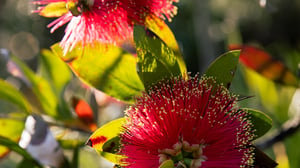 Bottlebrush (botanical name callistemon), is a beautiful native bush that is a special part of the Australian east and west coast landscapes. They are referred to as bottlebrushes because their cylindrical, brush like flowers resemble a traditional bottle brush. Flowers have a sweet nectar which can be consumed by sucking on the them or by soaking them in water to make a sweet drink. Lemon-scented bottlebrush leaves can be used to make a refreshing tea that can be sweetened using the nectar from the flowers. 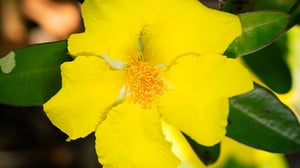 Guinea flower (botanical name Hibbertia scanden), is an easy-care climber that is native to the sand dunes of the coastal regions of eastern Australia. It has glossy green leaves and bright yellow flowers that appear from spring to summer. Known for its medicinal qualities, it was historically used by Aboriginal communities in bush medicine. Traditionally, the leaves and stems were made into a paste to ease pain of arthritis and other inflammation from injuries. 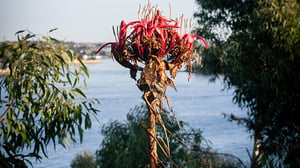 Gymea lily (botanical name coryanthes excels), is a flowering plant that is native to coastal areas of New South Wales near Sydney. It has sword-like leaves more than one metre long and it grows a flower spike up to six metres high. The apex of the spike bears a large cluster of bright red flowers, each 10 centimetres across. Its common name is derived from the name given to the plant by the local Dharawal people who roasted the young stems and roots for eating, and used fibres from the leaves to make brushes and matting. 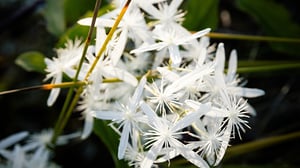 Old man’s beard (botanical name clematis aristata), is a vigorous climbing shrub with wiry stems that coil around whatever lays close. It produces very pretty star shaped cream flowers in spring that can be up to 50mm across and will often obliterate the foliage with the density of its blooms. This plant was very useful to local Aboriginal people, who called it tarook and used vapour emitted from the leaves to relieve headaches. 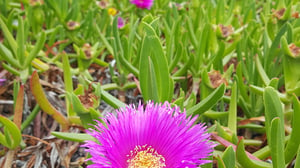 Pigface (botanical name carpobrotus glaucescens), is a colourful native succulent endemic to eastern Australia. It is a hardy plant that is perfect as ground cover to bind sandy soil or prevent wind erosion. It usually blooms between October and January with large daisy-like flowers that range from light purple to deep pink in colour. Local Aboriginal people named the plant korowal and used it for bush food and bush medicine. The fruit has a similar taste to salty apples and when roasted, the leaves can be used a salt substitute. The juice of the leaves relieves pain from insect bites and blue bottle stings, and early European settlers were known to use it as an anti-scurvy treatment. 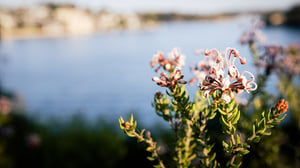 Pink spider flower (botanical name grevillea sericea), is a shrub that is native to NSW that grows up to two metres tall. It has angular, ridged branchlets and oval shaped leaves that are one to five centimetres long and two to nine millimetres wide. Flowers are pink and occur in a cluster of many flowers. Many Aboriginal tribes used grevillea plants in their traditional medicine by making a paste of the bark which was used to heal wounds, skin sores and earache. 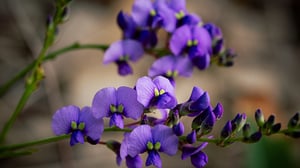 Purple coral pea (botanical name hardenbergia violacea), is a species of flowering plant in the pea family, that is native to the east coast of Australia from Queensland to Tasmania. This vine had quite a few uses by Aboriginal people. The leaves and flowers were used to treat mouth ulcers and brewed as a hot drink to treat chest infections and complaints. Flowers were also eaten for detoxification and cleansing. flowers. 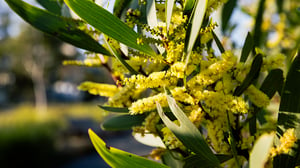 Sydney golden wattle (botanical name acacia longifolia), is native to south eastern Australia and is one of more than one thousand species of acacia in Australia. A bushy, fast growing shrub that can grow up to eight metres in height, its abundant with bright yellow flowers in winter and early spring. The ‘leaves’ are not leaves at all but flattened and widened leaf stalks called phyllodes. The bright yellow flowers are arranged in cylindrical spikes with numerous stamens giving them a fluffy appearance. Local Aboriginal people called the plant Wadanguli, used its seeds to make bread, and knew that when the flower is blooming, whales are migrating to the warmer waters to have their babies. 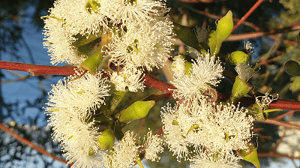 Sydney red gum (botanical name angophora), is a species of tree that is native to eastern Australia. Reaching 30 metres in height, it has distinctive smooth bark that is pinkish or orange-brown when new and fades to grey with age. Its lance-shaped leaves are arranged in opposite pairs along the stems, with white or creamy white flowers appearing from October to December that are a favourite treat of the rainbow lorikeet. Aboriginal legend says that when Barangaroo the woman passed away in 1791, her spirit (goomedah) was transferred into an angophora tree. 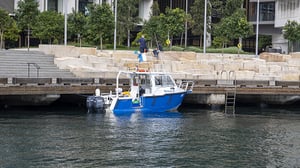 In 2020, the Sydney Institute of Marine Science (SIMS) together with Reef Design Lab and SMC, installed nearly 400 panels in Watermans Cove that mimic oyster reefs, sponges and rock pools to create a natural underwater garden. The panels were made using 3D printing technology and incorporated recycled oyster shells to enhance their sustainability. They were planted with native brown kelp (rescued from pilings undergoing maintenance at a nearby location), encouraging marine species to make them their home.

In our 12 Days Of Giving today you get the gift of a chance to win one of two $250 vouchers to spend at renowned Sydney retailer, Peter’s of Kensington.

Our 12 Days Of Giving continues with an awesome competition to win one of two $250 vouchers for our very own lovely local, Bel & Brio (now offering home delivery).