Musical performances in our lobbies this festive season 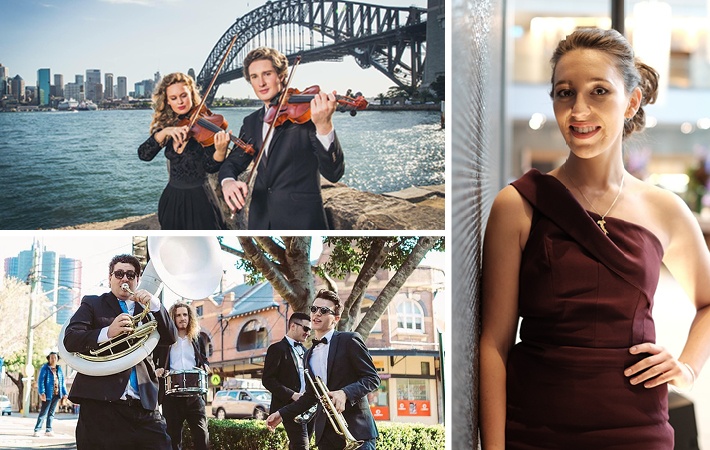 Conservatorium came to us this Christmas

As part of the International Towers cultural partnership with Sydney Conservatorium of Music, we have filled our lobbies with the sounds of Christmas and cult classics, performed by some local budding professional musicians.

The partnership saw aspiring talent – current students and recent graduates from the Conservatorium - given the platform to perform their own music within the lobbies of Tower Two and Tower Three.

Every day (Monday - Friday) morning and lunchtime performances by soloists and groups were held from 11th to 22nd December. They delivered a diverse soundtrack of musical styles for our community to enjoy, including operatic and jazz vocals, classical guitar, funk, jazz and a brass quartet.

Read all about our musicians in their bios below:

We hope the injection of new tunes added an element of the unexpected to all our community, and provided an opportunity for our budding performers to showcase their talent.

Trailblazers and creatives who believe in ethical businesses and value-driven brands with a sustainable, purpose-driven approach

An equal world is an enabled world

Female artists performing in our lobbies

Take part and #switchoff to raise your voice for nature