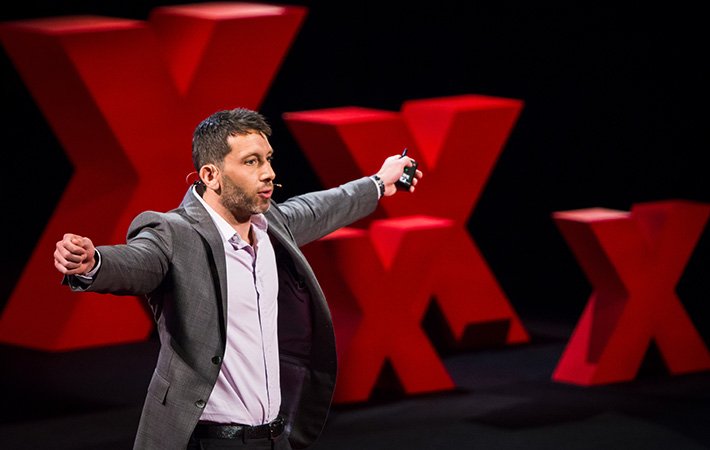 We took the opportunity to talk with headline presenter Dr. Michael J. Biercuk, an experimental physicist and the primary investigator in the Quantum Control Laboratory at the University of Sydney.

Quantum physics is the study of matter at the subatomic level. There, strange things happen, many of them running counter to our everyday experiences.  Yet, because we’re all ultimately made of atoms, we should all have an interest in how they behave. Dr Biercuk discussed what quantum physics can do, will do and might do, and how Australia can maintain its position as a leader in this exciting scientific field.

International Towers (IT) - Australia attracted you because of the strong quantum physics community here, how was that community built?

Michael J. Biercuk, PhD (MB) – It was the academic generation before me: they came here and were some of the first to engage in modern quantum physics, they were big contributors to the field technically, and they became magnets for other people like myself to come here.  That was recognised in the late 1990s and scientists lobbied government to make investments that could fund research, and to establish partnerships with the USA government, and it just escalated from there.

IT - Einstein described the practice as “spooky at a distance.” Has the field become more accepted now?

MB - There is no longer any question as to whether quantum physics is correct, we’ve done tonnes of experiments to test alternate explanations for reality and quantum mechanics is the way the world works at that subatomic level.  We replicate it all the time in the laboratory.

There are challenges though, because what we see in quantum physics is so different from what we experience in normal reality. For most of us it does still retain an air of mystery, and many people still don’t understand much about it.

IT – Do practical examples make it easier to explain?

MB – Absolutely.  One example is the first application of full quantum technology as I see it, the atomic clock.  The atomic clock is so important because all global positioning systems (GPS) work on the ability to have very precise timing. So you’d basically get lost if it weren’t for our understanding of quantum physics!  If you’re not impressed with GPS, then how about the Internet?  Wide area networks only work because of a synchronisation enabled by atomic clocks, and that’s just the first example of what we can do with the technology.

IT – What do you think is the next big solution that quantum technology could provide?

MB – It’s hard to pick but one is called ‘quantum simulation’, a very special kind of quantum computer that can solve problems with materials.  It tells you how you make a material with a certain property.  One such material is called a ‘superconductor’, a type of material that allows electricity to flow through it without any losses of energy.  Transferring electricity heats up traditional materials, resulting in wastage, but with a quantum computer, we can solve this applied physics problem by designing superconducting material that stays at room temperature.

Imagine what that does for electricity networks.  At the moment you have to put the power plant right next to the city.

IT – So generating electricity isn’t the problem, it’s moving it?

MB – Yes, in the USA six per cent of all electricity generated is lost in wires heating up, that’s more than the total annual generation capacity of Australia!  Imagine solving that transmission problem.

Take the transfer of data, via fibre-optics without any loss of data along the way, on the Internet.  That’s changed the world.

IT – How far off is a quantum computer that can do that?

MB – For solving some of these problems we think we’re between five and ten years off.  Some people call it “quantum supremacy.” That’s when quantum technologies surpass the best-known current solution, when a quantum computer overtakes current supercomputer for example.

Some of these ideas may not work out, there may be delays, there may be some problems that just can’t be solved.  But that timescale is when we think we’re going to see a big impact, and from that moment on things will really escalate.

IT – Do you know what you’re building when you start out, or is it often a process of discovery?

MB – Honestly, it’s a bit of both.  We do physics research that is applied in nature, this gives us the problem that we want to solve, but in the process of trying to solve that problem we always discover lots and lots of new things.  I would say that very few of the things that go on in my laboratory today are things that I set out to do in 2010 when I started the laboratory.  Our work is driven by discovery and application.

IT – Back to that community question we started with, how can we keep attracting the best in the field of quantum physics to Australia?

MB – I really want to make this point; this is a real strength for Australia, and there’s the opportunity to continue to lead, but that requires support, and not just government support but philanthropic support, to ensure that the lead we have right now persists into the future.

Musical performances in our lobbies return this festive season

Get it wrapped for those in need

In support of Bear Cottage

The Future is Accessible

A tribute to Indigenous creativity

Have a chat and make new friends 'Over a Cuppa'