A unique perspective: Reflecting on the tenth anniversary of the National Apology 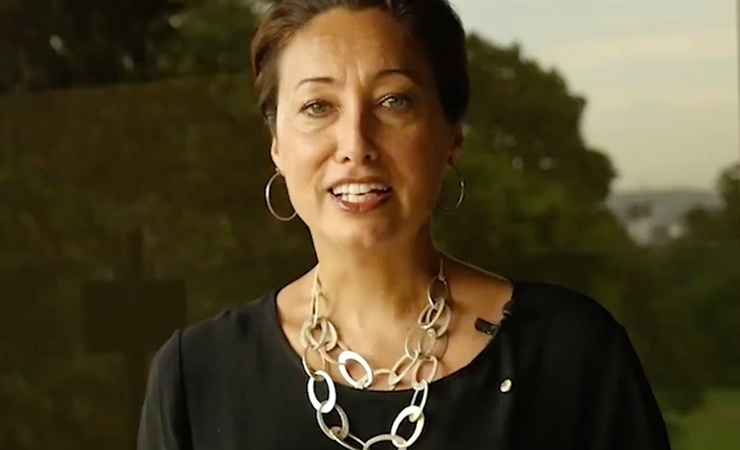 Shelley Reys AO gives us a front row seat on the day the nation said "sorry".

Shelley Reys AO is an Aboriginal woman of the Djirribul people and the CEO of Arrilla, a majority Indigenous-owned consulting and training company. When the term ‘reconciliation’ was formally introduced to Australia, she was formally involved and has had a continuing prescence across 27 years, including roles such as the inaugural Co-Chair of Reconciliation Australia and parliament’s apology to The Stolen Generations. In this edition, Shelley gives us some perspective on Australia’s social investment and a front row seat on the day the nation said “sorry”.

It was 13 February 2008 on a crisp Canberra morning and I was as nervous as a starter in The Melbourne Cup.

I was a board Director of Reconciliation Australia at the time, the national, peak body charged with the responsibility of driving a reconciled nation and the organisation designated to lead a public dialogue about Parliament’s apology to The Stolen Generations. Somehow, I’d become the board’s representative voice and given’s RA’s unique role, rightly or wrongly, I also felt like a representative voice for the thousands of Indigenous peoples who had been forcibly removed from their families, lost continuity in culture and country and, in many cases, experienced untold levels of physical and sexual abuse.

As I dressed for the day, I felt the weight of everyone’s expectations and wondered if I could meet them. I steadied myself by reflecting on all that had come to pass, leading up to that day.

Seventeen years earlier, The Council for Aboriginal Reconciliation was formed under a Keating government, designed to introduce the concept of ‘reconciliation’ to Aboriginal and Torres Strait Islander peoples and the wider Australian community for the first time. Countless individuals across several generations had already been working for a reconciled nation but this was the first, formal process any government had initiated. I was a naïve 24 year-old with wide eyes and lots to learn, yet, I was engaged to “sell” the concept of reconciliation and in doing so, to build ‘a people’s movement’ of grassroots action across New South Wales.

We began by hosting community workshops, bringing together Indigenous and non-Indigenous people in local towns and regions to explore what reconciliation meant, what a reconciled nation might look like and how we could achieve it, collectively.

The response was overwhelmingly negative. Aboriginal and Torres Strait Islander people were grieving for missing family members, many unemployed, unwell and/or living in impoverished circumstances. They were astonished that I should suggest that they’d be interested in reconciling with those who represented their loss. Non-Indigenous people were equally surprised; they had little or no knowledge of Australia’s history where it related to Indigenous Australians and, therefore, why they might experience grief, pain and loss, let alone have any insight into the facts behind the disadvantaged status of Indigenous peoples.

Indeed, for non-Indigenous people, there was an enormous disconnect between wanting to reconcile and not knowing why. This formed the bulk of the frustration amongst Indigenous people and there was a view that they needed to learn or as one elder put it: “If only non-Aboriginal people were willing to sit in the dust with us and listen to our stories”.

It was then clear that reconciliation would only be possible with education. In particular, if we educated the wider community about the historical and cultural facts that had led the nation to this difficult place and, therefore, the need for reconciliation to begin with.

From that time forward, there were hundreds of community workshops, key sector meetings, public events and speaking roles across ten years. My colleagues and I raised awareness and encouraged the sharing of stories across the nation.

At the end of the Council’s term, ten years later, we staged ‘The Walk for Reconciliation’ across the Sydney Harbour Bridge (a symbolic act that was matched in other states and towns) designed to symbolize the progress we’d made. Over 250,000 Australians took to the streets, said to have been Australia’s largest public demonstration to date with the largest gathering of leaders since Federation in 1901. Australians had begun a journey of listening and learning.

To carry on the Council’s work, Reconciliation Australia was launched and I was its first Co-Chair. I remained of the view that raising awareness about our shared history stood at the centre of our success and that while there were considerable advances, we still had much to learn. Eight years into our term, Prime Minister Kevin Rudd approached us about his concept of making a formal apology and asked us to lead a public dialogue in order to gain widespread support. He was determined that this should be the first sitting day of Parliament, hence, giving us only three months to educate Australia.

The team was tenacious and by the time “apology day” arrived, Reconciliation Australia had inspired a meaningful public dialogue. It was one of the few occasions where mainstream, popular media had taken an interest and while it wasn’t always helpful, a national conversation was being had.

Back to that crisp Canberra morning and I was still a bundle of nerves. Australians began gathering in schools, town halls, sporting fields, community centres, workplaces and family sitting rooms across urban, rural and isolated locations. I stood in the upper gallery of the House of Representatives in Canberra’s Parliament House looking down over the proceedings.

Among those gathered were elders who would witness the apology first hand. As Rudd’s speech began, I watched them gently reach out for one another’s hands. As it continued, hands turned into arms that gently wrapped around each other’s shoulders, and as the words “I’m sorry” finally rang out, the elders locked in strong, quivering embraces. The exchanges between them were so deeply personal that at times, I looked away. It felt like my eyes were an intrusion.

It was like an enormous breath; an exhale of emotion.

To many non-Indigenous Australians, it was a unifying and proud moment in which we looked at ourselves in the mirror and liked what we saw. To thousands of Aboriginal and Torres Strait Islander people it was a moment of immeasurable relief to hear, for the very first time, that the representative of their perpetrator was sorry.

On the tenth anniversary of the apology, we have much to celebrate. While Rudd’s leadership and Reconciliation Australia’s galvanizing role were critical, there was no greater effort than that of the Australian people. Courageous elders who told their stories in local towns so others could learn as well as brave non-Indigenous people who were willing “to sit in the dust” with them to hear their stories.

To that end, Parliament’s apology to The Stolen Generations wasn’t a single, stand-alone event. It was – at minimum - a seventeen year journey of difficult, heartfelt, honest conversations involving millions of Australians. A people’s movement at its best.

Today, there’s been patches of progress that tell me that we’re on the right track. Such as the increased levels of employment and participation in secondary and higher education, refreshed commitment to increase economic development and entrepreneurship through the government’s Indigenous Procurement Policy and over 1000 Reconciliation Action Plans designed to deliver tangible results across all sectors. However, as the ‘close the gap’ report is likely to demonstrate, we have a significant task before us in order to change the life opportunity profile for our Indigenous brothers and sisters.

Standing at its core is the continued knowledge gap amongst the broader population about Aboriginal and Torres Strait Islander people, culture and history. Many people feel unsure and unsafe in the Indigenous space. They’re afraid of saying the wrong thing, using the wrong word, sounding racist and feel so afraid of making a mistake that they begin to walk on eggshells.

And so I’m committed to remove the eggshells. I’ve dedicated 24 years to helping Australian workers to be effective in the Indigenous space or to work on Aboriginal and Torres Strait Islander related projects with greater skill and confidence. Indigenous cultural competency work stands at the core of what I do, both face-to-face and through digital technology. My vision is to create a culturally competent Australia, one workplace at a time.

I’m deeply committed to changing the relationship between us and I have great faith that most Australians are willing to join me.  The people’s movement is a robust one and if the last 27 years are anything to go by, Australians have what it takes to fill the knowledge and confidence gap before the next anniversary.