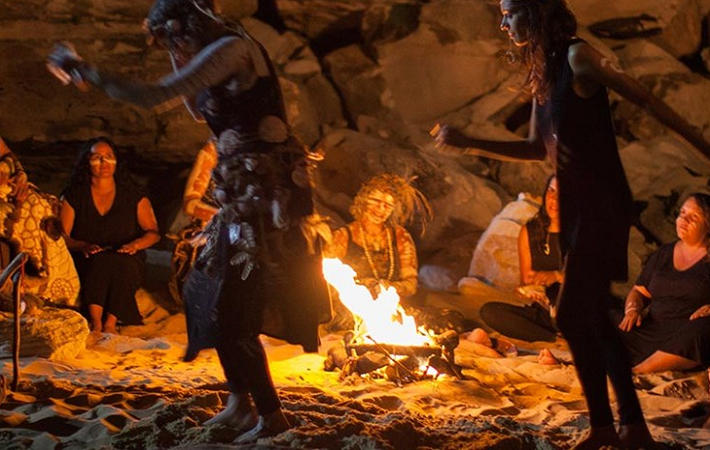 Barangaroo Ngangamay is a unique and authentic Aboriginal cultural experience, using modern technology to tell ancient stories of the world’s oldest living culture. This innovative multimedia artwork is embedded within the iconic Sydney sandstone of Barangaroo Reserve, and accessible on mobile devices via a downloadable app.

The artwork by renowned Aboriginal multimedia artists and curators, Genevieve Grieves and Amanda Jane Reynolds, honours and brings to life the significance of Barangaroo the woman, after whom this part of Sydney’s western waterfront is named.

The engravings act as a key to unlock five short films depicting the life cycles of the sun, moon and women. Each film is accessible to visitors through their smart phone or tablet using a geo-location app, which plays the films when approaching the engravings.

The engraving designs are aligned with the ecological and historical surrounds at Barangaroo Reserve and feature in the cultural stories told in the short films.

The engravings are on permanent display at Barangaroo Reserve. The free Barangaroo Ngangamay app is available for download for iOS and Android devices.