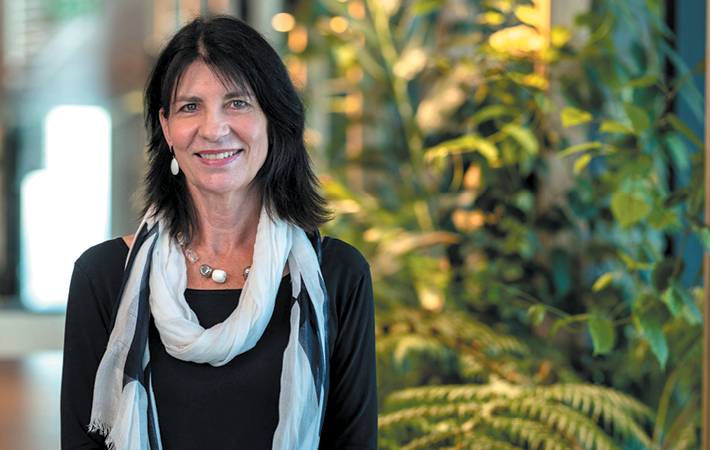 OnMarket is a unique, crowdfunding and venture advisory business that is helping democratise finance for investors and bring new, early-stage funding to startups and small, scalable businesses. The company recently completed its 100th IPO and introduced the world’s first App for crowdfunding IPOs, and was one of the first to receive the new crowd-sourced funding licenses in January 2018.

We spoke to Rosie Kennedy about how her traditional finance background led her to help build the OnMarket business.

As a professional, and now an entrepreneur, you have a wonderful mix of experience across traditional finance, financial governance and disruptive fintech. What are the highlights?

I began my career in the money market, then ran the government bond trading desk for what is now UBS.

My next major role was heading up business development at ASX, where my focus was on trying to allow retail investors to invest in fixed interest securities, or debt securities, because Australian investors are traditionally very equity-focused.

I went on to work at ASIC in the area that supervises exchanges. I also helped simplify the prospectus regime for debt issuers – again hoping to free up the debt market so retail investors had an opportunity to participate.

Then you met your co-founder at OnMarket, Ben Bucknell, who was trying to do something very similar in the equity market?

Yes. My passion came from being intimately involved in the bond market, and seeing the importance of diversification of portfolios. It was clearly apparent that retail investors were not being given the same opportunities to diversify their portfolios as institutions. Ben had the same vision in the equity market.

Initially we licensed our intellectual property to ASX, to build ASX BookBuild. This system was built within ASX’strading platform and was a tech-driven solution to improve the pricing on equity issuance by listed companies and improve participation for investors.

As this was a B2B model, we really needed some firms in the big end of town to grasp the opportunities arising out of digital disruption in financial markets. But remember, when we were launching ASX BookBuild, it was before the word ‘fintech’ was in common usage. The reality was that there were a lot of powerful, vested interests in the existing process, and it was not easy to get support for an innovative new approach.

Ironically, that lack of support drove us to develop OnMarket, which is a B2C service on desktop and in the App Store. It’s simple, and a far cry from what we were originally doing, but it seems to solve a real problem for investors (by giving them access to discounted IPOs) and companies (by providing a cost effective way of reaching investors).

What companies do you think stand out in the crowd-financing area?

One of our more interesting offers is The Cup eXchange (TCX) – which is a sustainable, coffee cup business which is solving the disposable cup conundrum. This offer opened in November 2018, and the minimum raise was covered in the first seven days.

It’s a subscription model where consumers are given two cups and they exchange those cups via scanning. Each cup has an identifier, and they scan the cups for credits. Once the coffee is finished, you pop the cup back to that particular café, or to another participating café.

That cup can be used by any participating café, and it never finds its way to landfill because if the coffee cup is ever damaged – which is unlikely because it’s made in a durable way that is very sturdy – it’s crushed down and made into another one.

It’s on trial in Sydney and Barangaroo, and in Melbourne as well. And they are the first-to-market with this product – there is no reason it can’t go global.

Does a crowdfunding raise also help with marketing and awareness of a business?

Definitely. The smaller companies can also use this process to engage their whole stakeholder chain – from employees, to the suppliers and the customers who really embrace the product and engage with the whole process – it’s a nice way of tying all the stakeholders in. For example, we completed a successful crowdraising for PT Blink – a technology company that is revolutionising the construction process. The key benefit for that group was getting referrals from customers. People saw their story whether they invested or not. As a result, large building companies got in touch with PT Blink to use the product.

You expanded your business to Tower Two at International Towers in 2018. You were previously based in Bligh St in Sydney’s CBD, what was behind the move?

We were looking to scale our business – and the tenant model at International Towers was beautifully configured for that kind of progressive growth.

I think it’s a great benefit that we’re able to work together in such a collaborative environment, especially on our floor. As an example, with The Cup eXchange I spoke to fellow tenant partners, the Green Building Council Australia about relevant contacts in the sustainability area. They connected me with a terrific person at one of the large accounting firms, who has since put us in touch with a facilities manager, and as a result they’re about to sign a large partnership deal.

...which in an enterprise world is very fast-tracked?

Unbelievably. That all happened in 3.5 weeks. That’s a classic example of the working environment, but also of the collaborative nature of the people here. It’s certainly early days, but the camaraderie we’ve already experienced is fantastic.