Honouring the legacy of Barangaroo 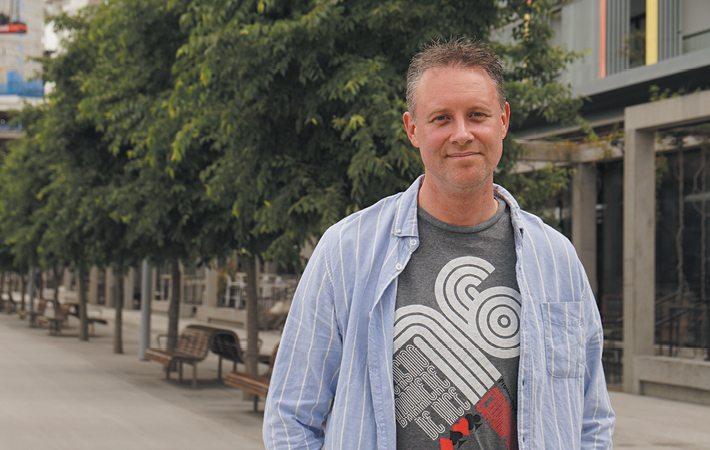 In July 2006, the NSW Government ran an advertisement in The Sunday Telegraph inviting people to recommend a name for Sydney’s newest neighbourhood to be constructed on the harbour foreshore on the western edge of the CBD: “Name a part of Sydney’s future and take your place in history.” For prolific reader and history enthusiast Nigel Dawe, it was an invitation too tempting to ignore. Nigel would be one of five people whose suggestion would ultimately become the name we’ve embraced today: Barangaroo.

Tell us about your research and process to arrive at your recommendation?

I remember walking the few blocks the next day to my then local library in Cronulla and going straight to an Aboriginal Dictionary of terms and reading it from the beginning, I got to ‘B’ and of course - ‘Barangaroo’, but funnily enough it made no reference to her being Bennelong’s wife, and all the entry said was: “A Port Jackson woman”, however I really liked the way it sounded. My next lead and breakthrough really, was a book by Inga Clendinnen, titled Dancing with Strangers and it was thanks to this work that I discovered Barangaroo was the wife of Bennelong, and I’ll never forget that lightning-bolt development because it was an absolute ‘Eureka’ moment, my concept paper was already writing itself, that “this gesture would reunite them on the harbour eternally”.

So the four syllables and 10 letters of the name - ‘Barangaroo’ are one thing, but who she was and what I became fully focussed on finding out about her convinced me that I had unearthed the winning entry. The fact she looked after children whose parents died of smallpox, refused to wear clothes (even when dining at the Governor’s table), once attacked a soldier with a stick who was whipping a convict and wore a bone through her nose (which was a male custom) proved to me that she was a genuine protectress and someone who challenged both racial and gender stereotypes before they were even concepts.

The fact Barangaroo was practically unknown or unreferred to for so long, motivated me to get her honoured in this more ‘permanent’ way. The fact it took this country until 2006 to finally name a significant site after an Aboriginal woman is quite astonishing. As such, I finished off my original submission with: “Her proud, restless, selfless spirit still wanders the site.” And from the 1600 suggestions initially submitted, ‘Barangaroo’ prevailed and proved the eventual winner.

How do you think the naming of the Barangaroo precinct has impacted on our understanding and appreciation of the local Indigenous community and its history?

Barangaroo has enabled so many things on so many levels to ‘take place’ - physically, spiritually, psychologically, and not before time, the reflection it generates and incites is remarkable.

I think it is a precinct that already has and progressively will come to not just represent inter-racial understanding and appreciation but fully encapsulate the touchstones and direct aims of healing and harmony. One of my favourite artists, Wassily Kandinsky once said: “To harmonise the whole is the task of art.” And similarly, conceptual and communal sites that honour the legacies of the past and the hopes of the future like Barangaroo, represent more than a chance to ‘harmonise the whole’ and bring about a future that is bright and promising for all. I couldn’t be happier that there are so many things of substance being done to honour the local Indigenous history, and it’s probably the facet of the development that I’m ultra-pleased with and take most pride in after all these years.

What role do you think place names play in creating a sense of community?

Having grown up in Broken Hill, I always had a deep interest in the significance and sacredness of place, not just the effect they have on us but the deeper, integral role they play in the forming of our identity and who they ‘enable’ us to be. The echoes and stories that become virtually lost but never quite leave the words that we use to refer to localities. For example, we call this country ‘Australia’ and ourselves ‘Australians’, but not many of us would think all that often of the explorer Matthew Flinders (who came up with this name) or the centuries-old European inspiration for it: ‘Terra Australis Incognita’ (Unknown South Land), so in a very literal sense the word ‘Australia’ is haunted by a myriad of different spirits and ‘influences’. Even split the word community in two and you have the word ‘unity’ at the very tail end, and I think that well and truly says it all.

What are you focussed on at the moment?

A passion of mine is literature and improving the literacy levels of the broader community. I’d dearly love to do for Australian reading habits what Jamie Oliver did for British eating habits, I’d like to fully revolutionise and overhaul them! The fact we are 21st in the world for literacy is near on an absolute disgrace, if one of our more celebrated national sporting teams was ranked this low there would be wide-scale outrage, and so it is my belief and hope that in our lifetime we can transition from a lucky country to a learned and literate one that leads and fully inspires the world.

Assessing buildings based on their travel facilities and services