Saying yes to the power of a truly equal environment 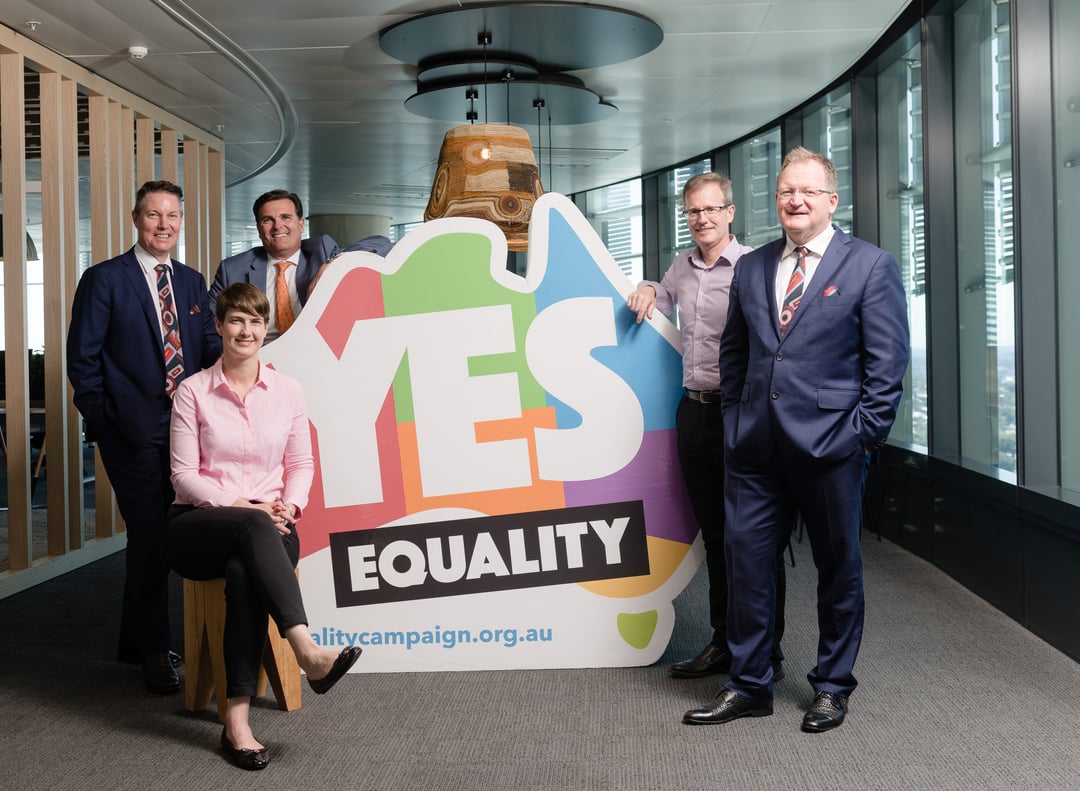 A historic moment for Australia

Australian history and culture changed forever on 9 January 2018, when the first same-sex marriages were legally officiated and recognised throughout the country. The announcement by the Government of a postal survey on the question of same-sex marriage began a challenging, highly emotional journey for supporters of marriage equality  – and the official “Yes” Equality Campaign team  – who sought to persuade enough minds and hearts by the conclusion of the survey to open the way for marriage equality to be recognised in our law, and accepted by our society.

International Towers was proud to play a small role in changing the course of Australian history by providing the workplace and spatial environment for the Yes Equality campaign.

According to ‘Yes’ Equality Campaign director Tim Gartrell, being based in an environment that actively encouraged and supported collaboration, wellbeing and agility was fundamental to the success of the campaign. “This was very long for a campaign, around three months, and our staff and volunteers were working very long hours,” said Tim, who was brought in to lead the campaign for the national postal survey. “It was a difficult and contested process and also highly emotional for a lot of our team – more than half the staff were LGBTI, so it was deeply personal as well as enormously hectic and unpredictable, making our working environment absolutely critical to our cohesiveness as a group and to the efficiency and productivity of our operations.”

“The workspace and community at International Towers had an enormously positive influence on almost every aspect of the campaign,” continues Tim. “Lendlease and Gilbert + Tobin, who are both part of the International Towers community, provided enormous amounts of support to the campaign – in the case of Gilbert + Tobin through pro bono legal work, so being located within the same precinct made things so much easier for us all. On top of that, we had a continual stream of political, business and social leaders coming in to see us during the period of the campaign, so being headquartered in such a professional, secure and progressive environment gave all of our supporters an enormous amount of confidence in our ability to achieve success.

“Apart from the support we received from the International Towers community itself, the actual physical environment the team inhabited proved to be a profoundly positive contributor to the workings of the campaign. This in itself is highly unusual, as campaigns such as this often have to battle with the limitations of their physical environments. At the height of the campaign, we had around 30 to 40 people coming and going from the space. Many are volunteers, many played a multitude of roles, many had been working on the issue for years and were exhausted before the voting had even started and almost all of us were working very long hours. Add to this a sometimes brutal public debate and an uncertain outcome, and it’s a perfect storm for stress and anxiety. However, the curated workplace at International Towers helped counter-balance all of those negative issues and influences. The access to fresh air, the abundance of natural light, the highly-considered work spaces and best-practice ergonomics, the advanced tech, the convenience of the precinct – all of these things, all of the singular ingredients that are designed to nurture productivity and wellbeing combined seamlessly to make the mission to shape a future of mandated equality both highly efficient and deeply satisfying.

“International Towers was the home of the Equality campaign; it was the headquarters of the ‘Yes’ vote. It will always be remembered as the building that helped change Australian history.”