The Finest Harbour in the World 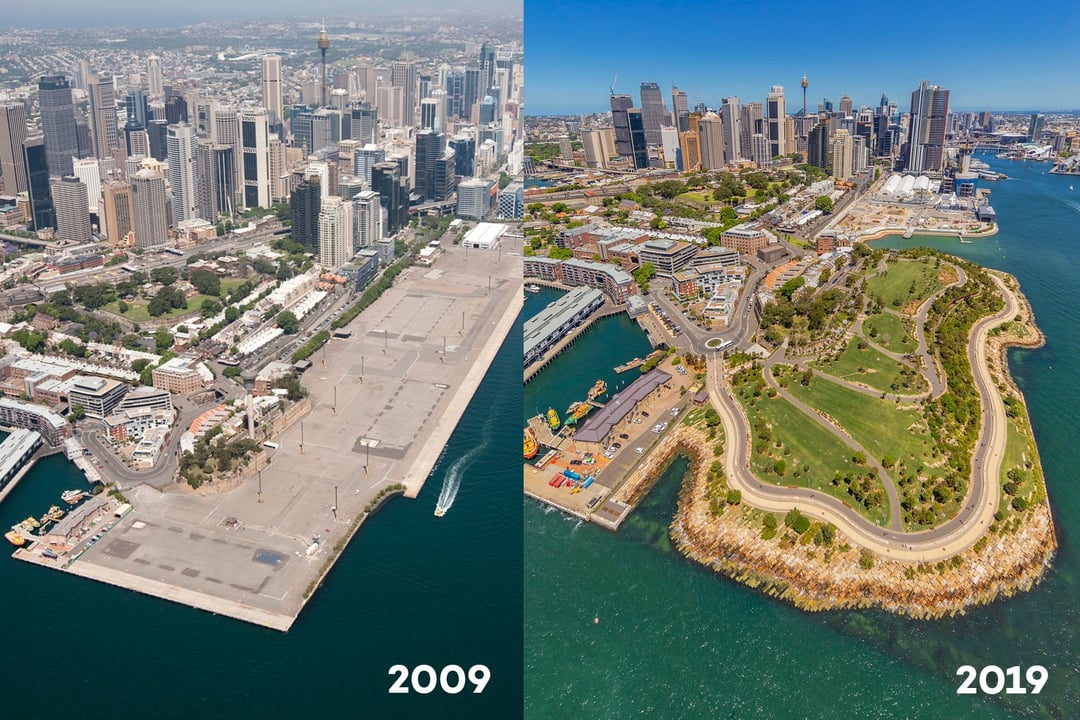 We have a seafaring history as rich as it is long

"We had the satisfaction of finding the finest harbour in the world" - Governor Arthur Phillip, 15 May 1788

Darling Harbour, Millers Point and Barangaroo have a seafaring history as rich as it is long.

From its earliest history as a frontier between the Wangal and Gadigal clans of the Eora people, the Darling Harbour foreshores has been a place of transformation. A transformation of use, of people, of access and of aspect. Originally a rich source of cockles for the Gadigal people, the area around Millers Point has lived many lives. A harbour for ships, for convicts, for the hard of luck and the heavy of heart.

Although some parts remained semi-rural until the 1840s, the shallow Darling Harbour shoreline was a magnet for industry by the 1820s. The area became a busy working harbour jammed with wharves and jetties that connected the timber, coal and wool ships with the new railways. It was an economic hub of boats, warehouses and bond stores attracting foreign crews and exotic ships.

In the early 1900’s roads were to cut into the massive sandstone cliffs to give better access to the newly rejuvenated wharves and Hickson Road was created. The thriving wool trade kept the wharves busy until the 1970s but the last goods train steamed out of the yards in 1984.