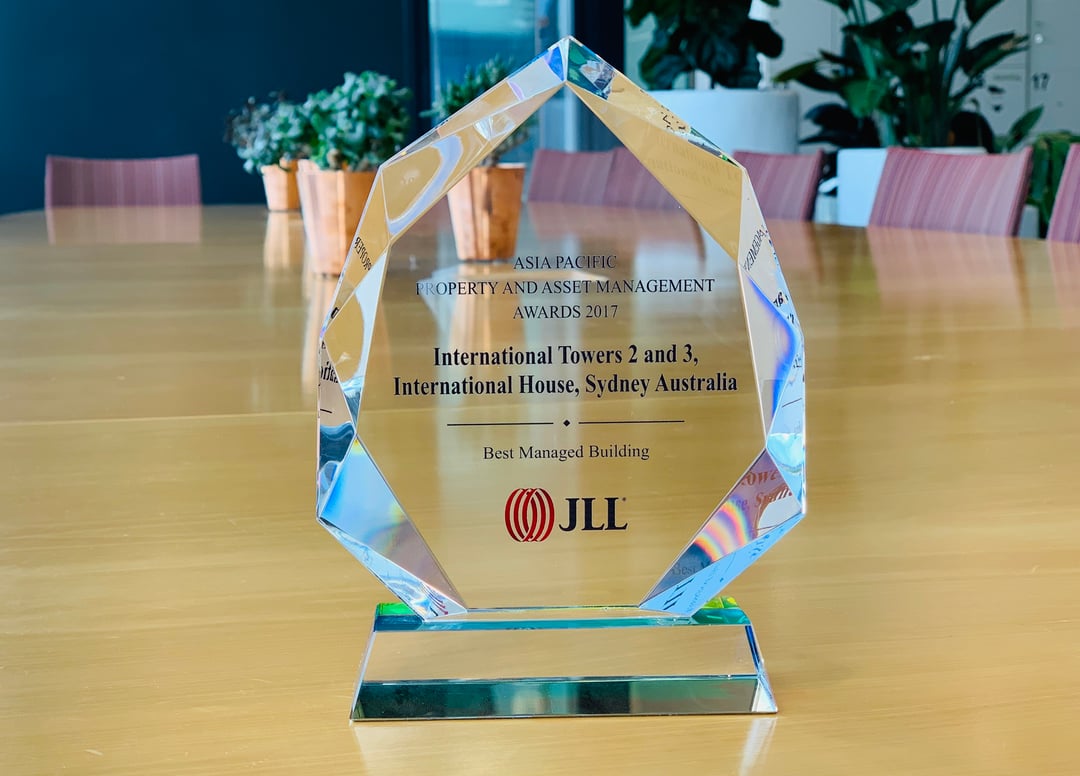 Richard Fennell, JLL's Head of Property and Asset management in Australia, with the award winning International Towers Team at Barangaroo

We have added a new award to our growing list of industry accolades, and have been named the Best Managed Building at the recent JLL Asia Pacific Property and Asset Management (PAM) Awards.

JLL, our property manager, received the award for its excellence in managing International Towers, Tower Two and Tower Three. It was one of only two Australian properties taking out awards, with the Workplace Services Team at 1 William Street, Brisbane winning the Outstanding Team Achievement award.

“This award is the result of a values-based culture of diversity, purpose, pride, and wellbeing for all. The team works together cohesively to do the hundreds of little but important things, day in, day out,” said Mr Timms.

“International Towers, Tower Two,Tower Three and International House were recognised out of a peer group of the best assets of 124 million square metres operated by 15,700 people. I am personally inspired to work with this team every day,” Mr Timms said.

In October 2017, International Towers developer, Lendlease, was once again recognised as having the world's most sustainable real estate fund, the Australian Prime Property Fund Commercial (APPF Commercial). The Lendlease fund was ranked global number one in GRESB’s annual index, which is globally recognised as the environmental, social and governance (ESG) benchmark for the real estate sector. It is the third time that APPF Commercial attained the top spot, having achieved the same result in 2015 and 2014. In addition, Lendlease International Towers Sydney Trust and Lendlease One International Towers Sydney Trust were jointly named the most sustainable development funds globally.

International Towers was designed by global architects Rogers, Stirk, Harbour + Partners, with a focus on sustainability. Both towers received the 6 Star Green Star - Office Design v3 rating and in November 2017, Norman, Disney & Young won the 2017 AIRAH Award for Excellence in Sustainability for its work on International Towers.