Uluru Statement from the Heart - how can we help? 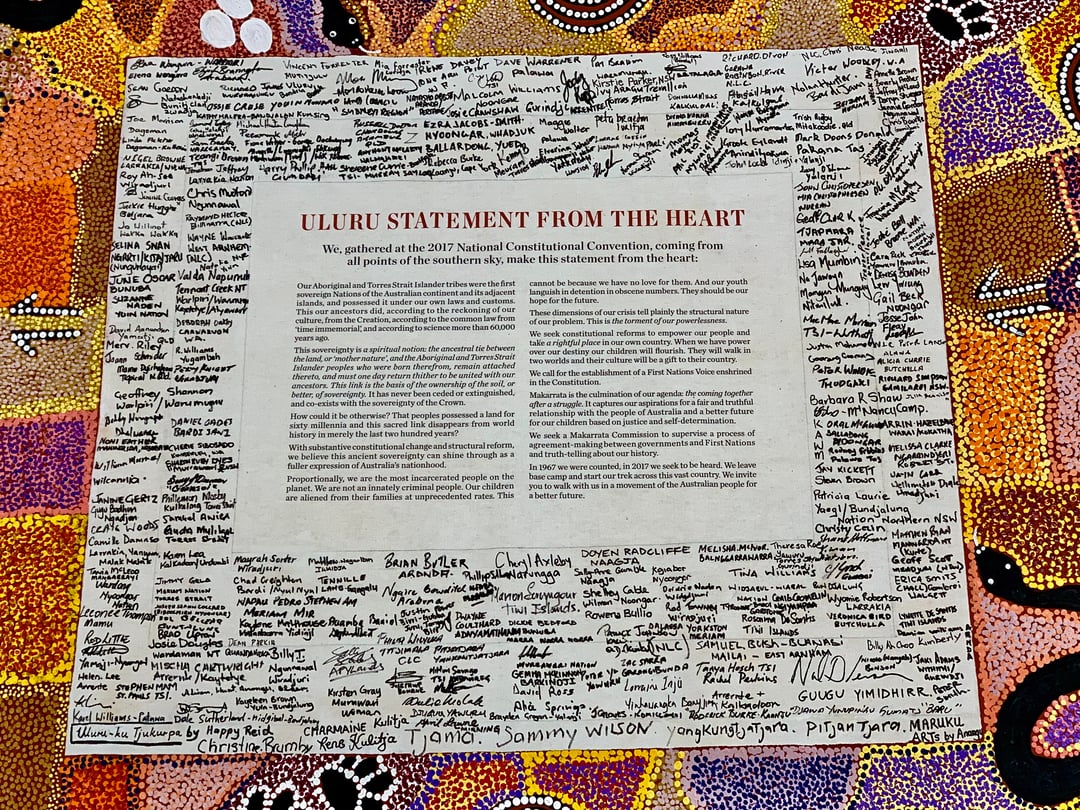 Born out of the largest consultation process of its kind, the Uluru Statement from the Heart is a historic document that outlines the path to recognising Indigenous Australians in the nation's constitution.

In the buildup to NAIDOC Week 2019, we were privileged to host a conversation on 4 July on how corporate Australia can help support these important reforms. The discussion featured an esteemed panel of experts: Professor Megan Davis, Pro Vice-Chancellor Indigenous UNSW, and influential company Board Directors Sam Mostyn and Nicola Wakefield-Evans with facilitation by Jodie Taylor of International Towers. We also had the honour of displaying the original Uluru Statement of the Heart at the event.

Prof Davis says: “The statement reflects the writing of an Aboriginal version of Australian history, pre-contact, first contact, through the Frontier Wars and right through until now. It’s an invitation to the Australian people to walk with us to make that change - and that’s the point of difference.  We didn’t just want something hanging on the walls of Parliament - that’s why we wrote the statement to the Australian people.”

Ms. Mostyn said: “The Uluru Statement of the heart was one of the most generous acts of building something together that I have experienced in my lifetime. The corporate sector and people of good substance around our communities need to respond to this generous invitation to come alongside and solve this problem together.”

Ms. Wakefield-Evans said: ““Corporates can play a huge part because they employ a lot of Australians … At LendLease, we started a dialogue around what it would take companies I was involved in to support the Statement.

It is the responsibility of corporate Australia representing millions of employees to try to complete this very complex and difficult story,” she said.

The panel agreed that the barrier now is not the law.

“There is no time left - our old people are dying. There’s some very serious problems out in communities. The time is now.”

The panel also discussed the challenge of making the solution collaborative.  “This is about walking together. There is no point in a group of non-indigenous people trying to work this out without the guidance of indigenous people,” said Prof Davis.

“The history piece is the most important piece - getting Australians to love that history.  We do get a very skewed popular view of history,” she added.

The panel agreed that corporate Australia has a long history of stepping into a void that governments hadn’t actioned- on safety, on maternity leave, flexible working arrangements for women, on marriage equality, long before there was legislation.

They encouraged companies to sign up to the Uluru Statement of the Heart to show their support, keeping up the momentum around story-telling, supporting indigenous products and services and write to a local political member to put pressure on them in a positive way.

Endorsed during a First Nations National Constitutional Convention held at Uluru in May 2017, the Uluru Statement is a 12-paragraph statement addressed to the Australian public which asks Australians to allow Aboriginal and Torres Strait Islanders a constitutional voice in the laws and policies that are made about them.

Read more about the Uluru Statement from the Heart here.