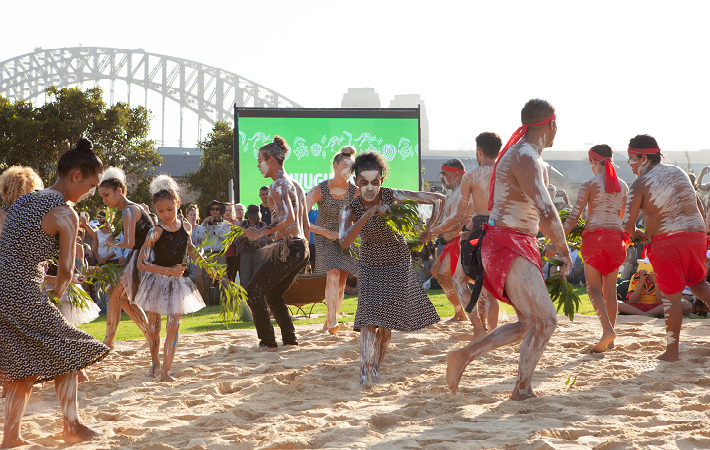 As the sun rises on 26 January, we take the time to:

As an ancient Smoking Ceremony cleanses the way for new beginnings, the WugulOra Morning Ceremony celebrates the world’s oldest living culture through dance, music and language.

Listen to the national anthem in English and Eora, the local Aboriginal language.

The WugulOra Morning Ceremony is held at Headland Stage, Barangaroo Reserve. Barangaroo is named after a Cammeraygal woman, who was a powerful leader of her people at the time of European colonisation. Her story is an important and empowering part of our shared history – not only for First Nations Australians, but for the entire nation.

This ceremony is supported by the National Australia Day Council, which is assisted by the Australian Government.